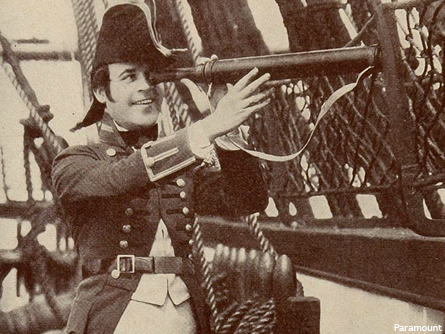 The film Old Ironsides is a 1926 silent film. The film starred Charles Farrell as The Commodore and Esther Ralston as Esther. It was directed by James Cruze with a screenplay by Harry Carr and Walter Woods.

Three young men who join the Merchant Marines experience romance, action and adventure as they battle the Tripolitan Pirates of 1804. Based on the poem "Constitution" by Oliver Wendell Holmes