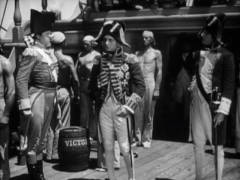 The Divine Lady is a 1929 film. The film starred Victor Varconi as Horatio Nelson and Corinne Griffith as Emma. It was directed by Frank Lloyd.

It is the story of the romance between Emma, Lady Hamilton, and British war hero Admiral Horatio Nelson.